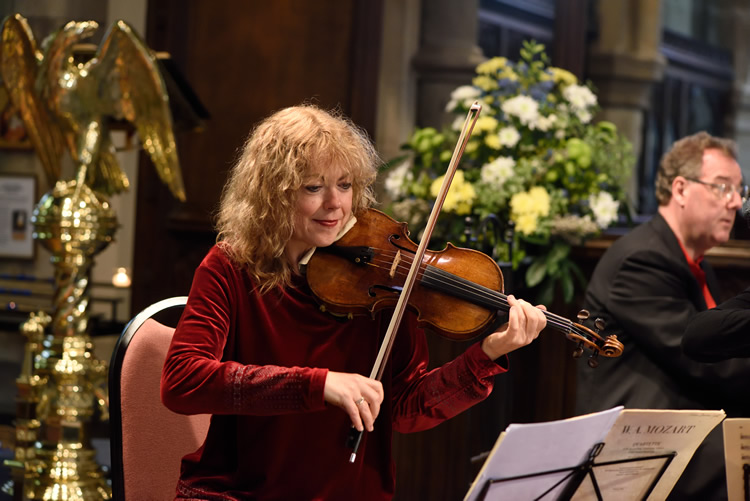 From 2008-2013 Susanne was leader of the Maggini Quartet, one of the finest and most recorded string quartets in the UK today. She also led the Werethina String Quartet for many years and the Edinburgh String Quartet between 1999-2002. She is in high demand as guest-leader of many of the foremost chamber orchestras, ensembles and contemporary music groups in the UK. A popular chamber musician, she has performed with eminent artists such as Gervase de Peyer, Eduard Brunner, Zara Nelsova, Colin Carr, Raphael Wallfisch, Alexander Baillie, Steven Doane, Norbert Brainin and Michael Collins, as well as regular pianist partners, Gusztàv Fenyö and Julian Jacobson.

Susanne has received rave reviews and a Gramophone Award nomination for her long list of commercial recordings, which feature the complete works of Bartók, Enescu, Delius and Dvoràk as well as Beethoven violin sonatas, works by Charles Camilleri and a series of English sonata recordings. Chamber discs include six discs with the Edinburgh Quartet, chamber music by Kenneth Leighton and Mendelssohn Quartets with the Maggini Quartet. A disc of Elgar, Ireland and Bridge Sonatas will be released on the Meridian label in 2017.

Susanne Stanzeleit studied with Leonid Kogan, Nathan Milstein,Yfrah Neaman, Sándor Végh and Gyorgy Kurtág, and she is regularly invited to teach and give masterclasses at many UK music colleges and summer schools such as Dartington, Cadenza, Paxos, Ayton, Paxton and others. From 1993-2000 she was visiting lecturer of violin and chamber music at the Royal Welsh College of Music and Drama in Cardiff, and between 2002 – 2006 Head of Strings at the London College of Music and Media. She now teaches violin and chamber music at the Birmingham Conservatoire.