Notice: WP_Scripts::localize was called incorrectly. The $l10n parameter must be an array. To pass arbitrary data to scripts, use the wp_add_inline_script() function instead. Please see Debugging in WordPress for more information. (This message was added in version 5.7.0.) in /home/customer/www/primrosepianoquartet.org.uk/public_html/wp/wp-includes/functions.php on line 5663 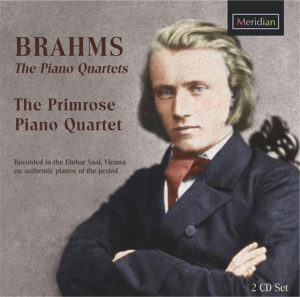 The culmination of many performances, and years of research into historically informed performance practice and period instruments, the Primrose Piano Quartet are delighted with this 2 CD set of Brahms’ magnificent works for the ensemble.

Recorded on location in Vienna – using a different nineteenth century piano for each quartet, and gut strings similar to those in use at the time – the ensemble felt inspired to let their hair down and give performances which are creative, imaginative and new.

The CD was launched at Steinway Hall in London in February 2019 and has received the highest praise in a five star review in Musical Opinion Quarterly (July – september 2019):

“This new set is much more than passing interest and in many ways goes to the top of the recommended list… It is a life-enhancing pleasure to renew acquaintance with these imperishable masterpieces in this way, and one must give this issue the highest recommendation.” Robert Matthew-Walker

It was highlighted on BBC Radio 3’s Record Review (March 2019) and described by Andrew McGregor:

And  a 5 star notice in Classical Source, where Tully Potter writes:

“performances unlike any others of Brahms’s Piano Quartets that have come my way…  They feature piano-playing of the highest class, on interesting instruments, and string-playing that does justice to the music. They will happily sit on your shelves as alternatives to your favourite high-powered, modern-instrument versions.” 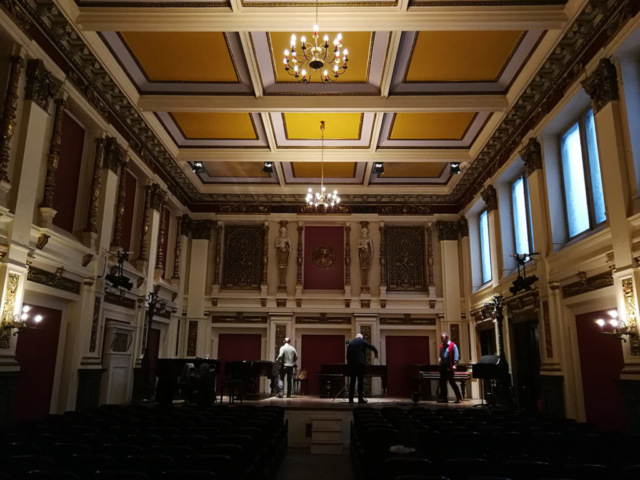 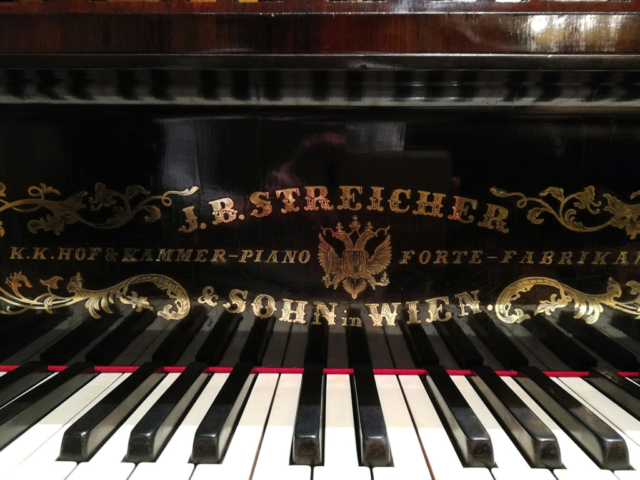 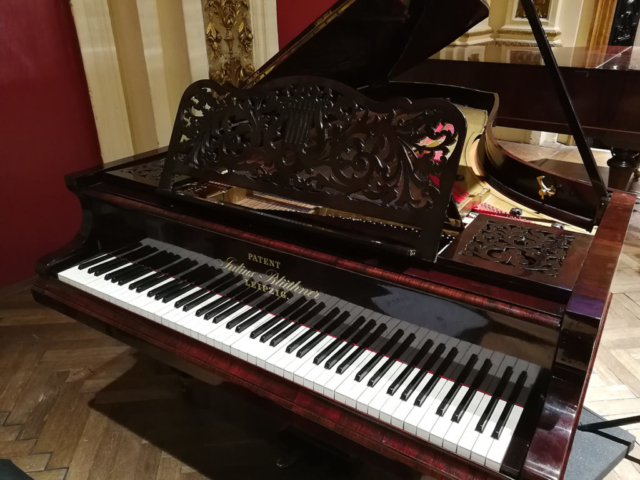 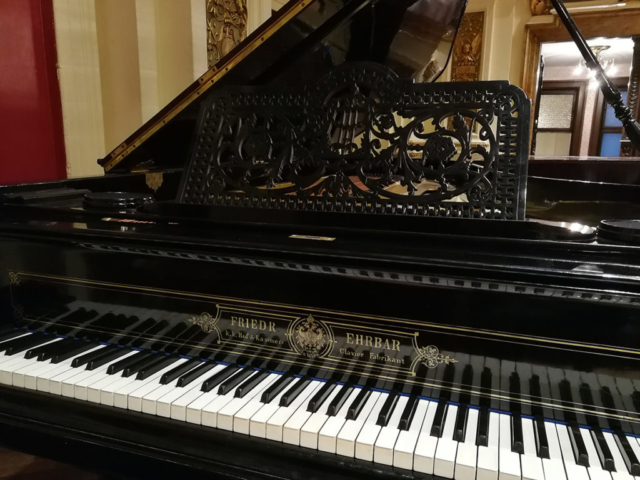 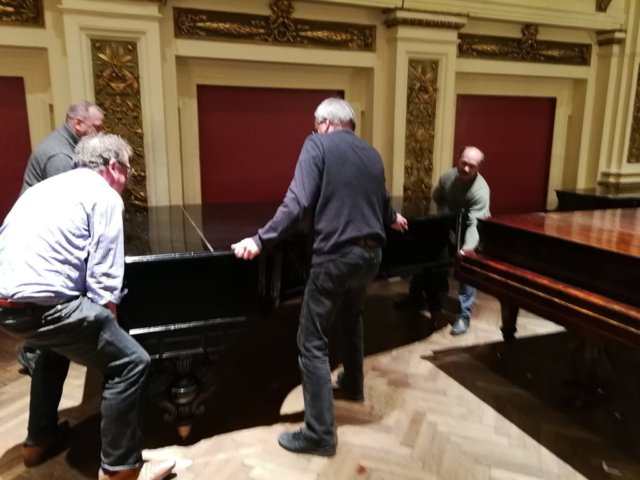 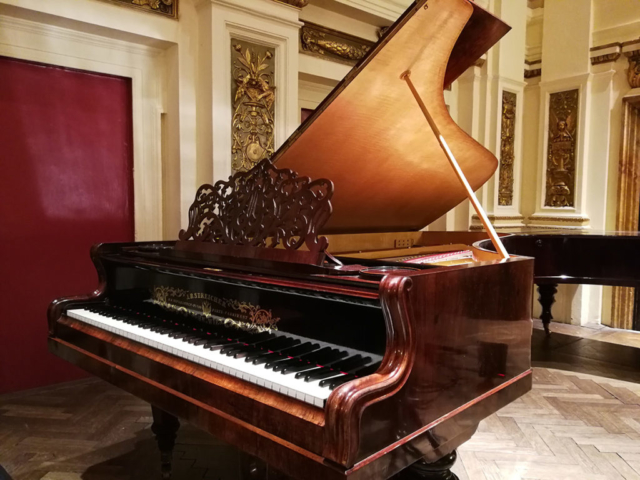 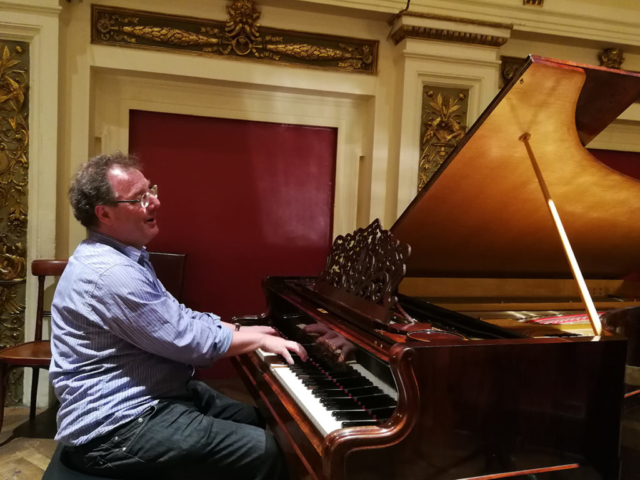 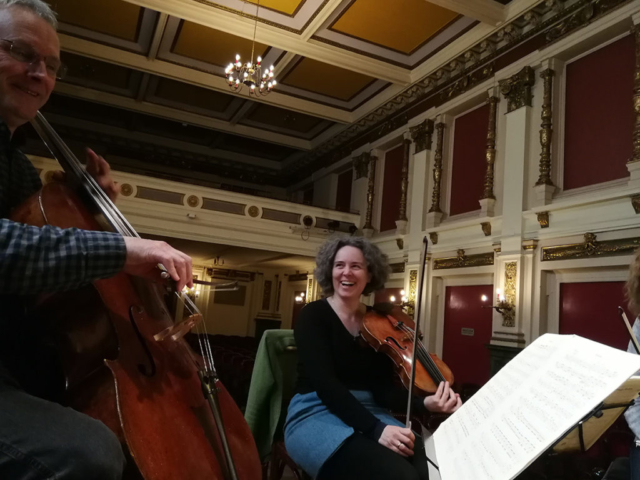 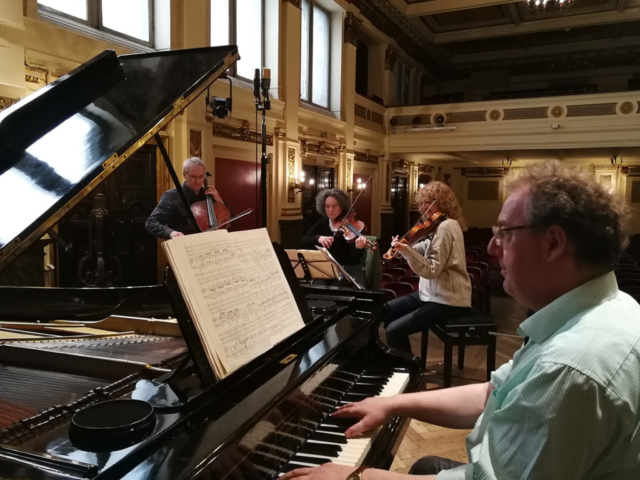 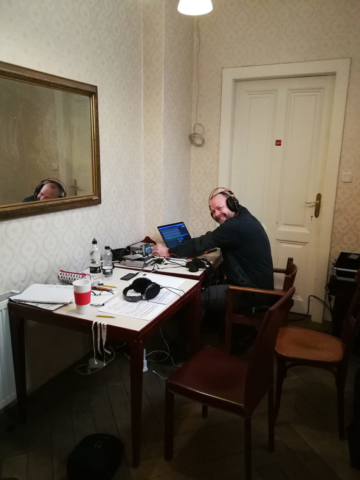 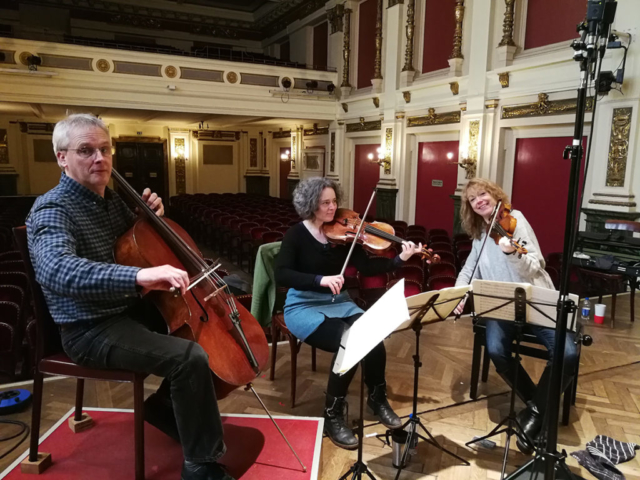 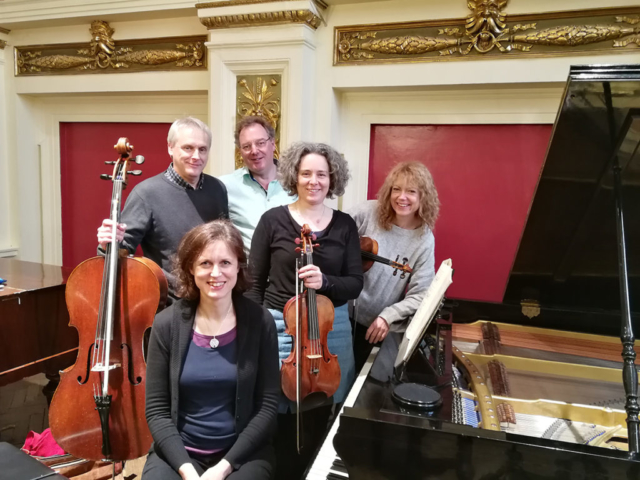 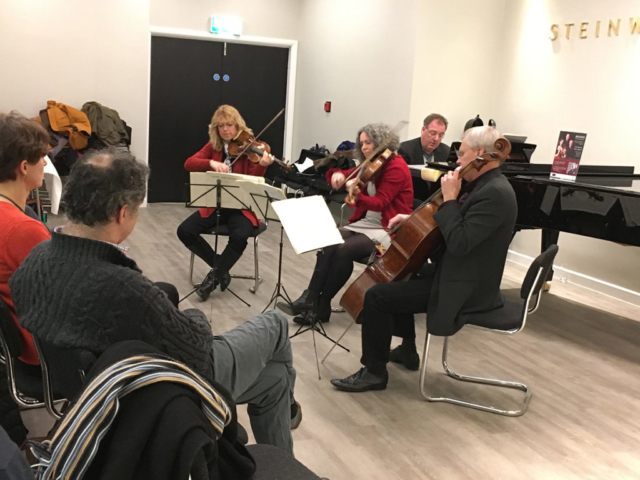 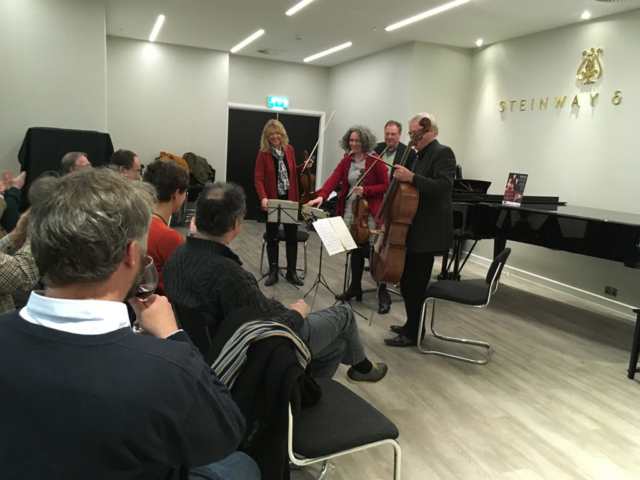 Composed during the middle years of the 19th century, the piano quartets of Johannes Brahms (1833 – 1897) display the composer’s symphonic mastery in their scope of Romantic expression and range of development, and owe a debt of inspiration to personal and performing partnerships with the Schumann family and Hungarian violinists, Eduard Reményi and Joseph Joachim.

“Prior to the recording, we undertook a lot of research into the latest historically informed performance practice which is reflected in our interpretations”, explained violinist, Susanne Stanzeleit. “Our own teachers had close and direct links back to Brahms and the playing tradition of the time so we felt very at home with the process. We used three stunning pianos dating from the mid-19th century from the Gert Hecher collection in Vienna and moved them to the famous Ehrbar Hall, where Brahms himself often performed, for the recording. To complement the sound of the pianos the three strings players changed their set ups to closely resemble the string sound of the period, using a combination of uncovered and covered gut strings.”

Pianist John Thwaites recalls: “I chose a Blüthner, an Ehrbar and a Streicher – the latter identical to the instrument given to Brahms in 1868. We know Brahms visited the Ehrbar Hall in the 1870’s and 80’s to try his symphonies and piano concertos on two pianos.”

The Primrose Piano Quartet has previously recorded Romantic repertoire to great acclaim with their award-winning recordings for the Meridian label including works by Schubert, Fauré and Richard Strauss. Alongside their performances of the major repertoire, they have revived a number of remarkable and unjustly neglected 20th century English piano quartets, as well as giving a platform to contemporary composers, including Sir Peter Maxwell-Davies, Sally Beamish, John Casken and Anthony Payne, whose works have been written for and premièred by them.

Primrose in conversation with Melanie Spanswick 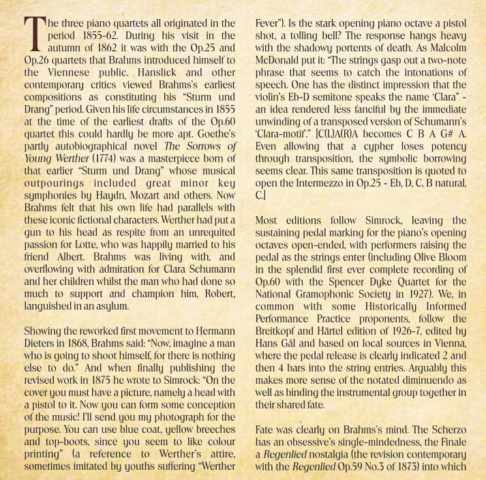 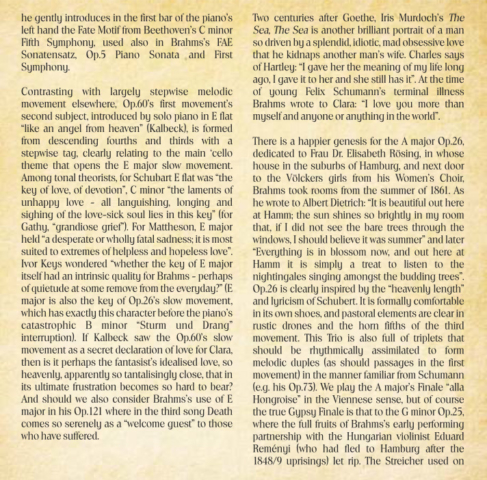 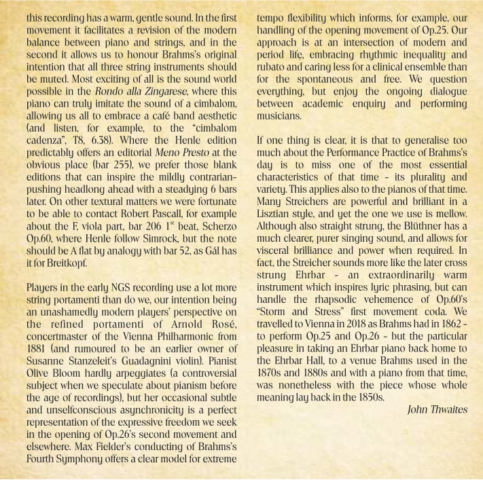 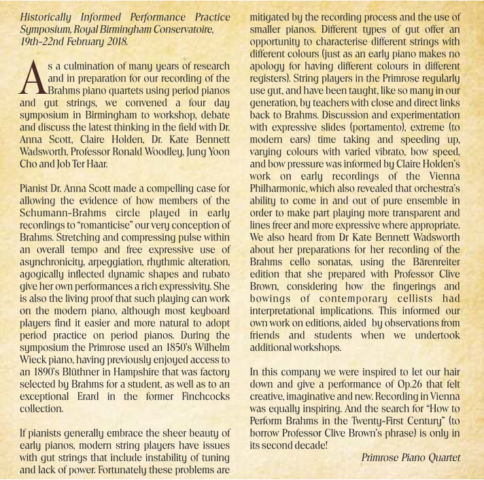 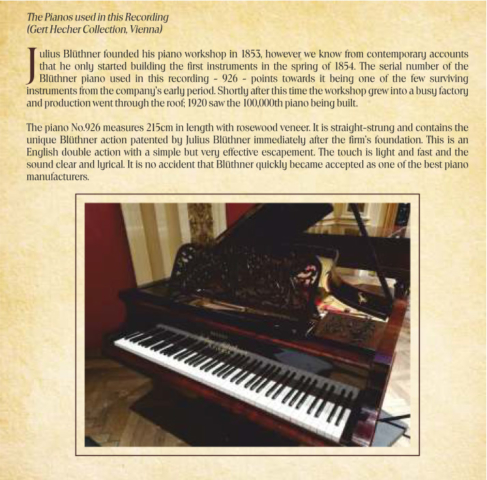 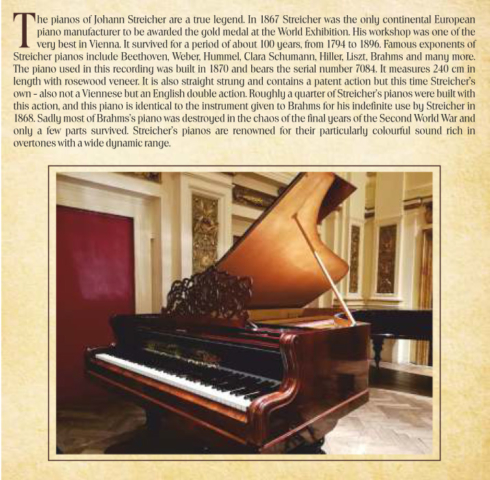 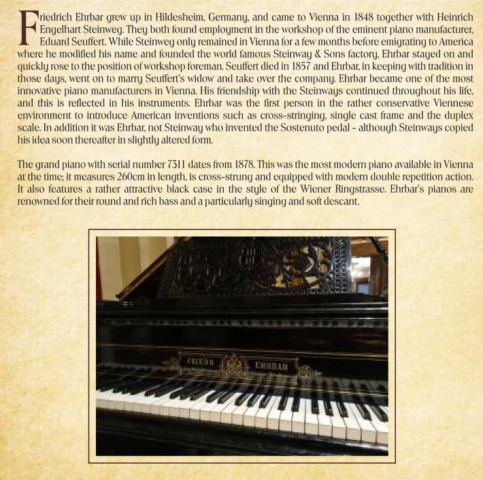 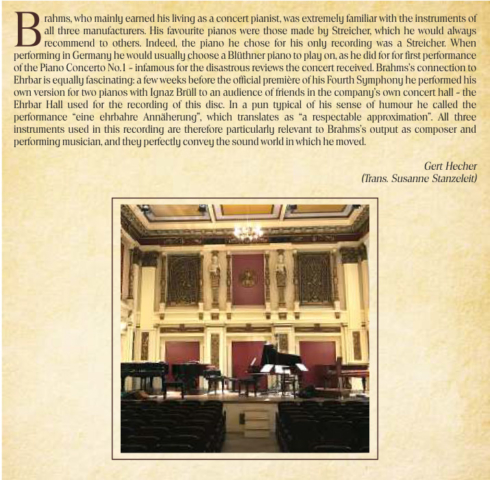 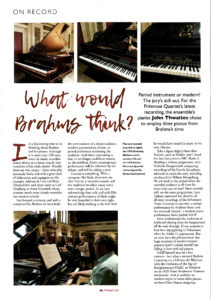 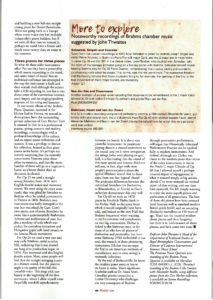 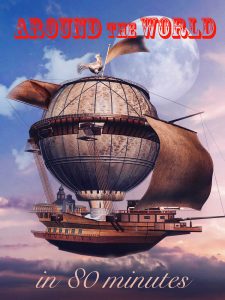 As the Primrose Piano Quartet embark on another West Meon Festival, we are delighted to feature our events designed for children. With 4 themed concerts, numerous props and many surprises in store, our programmes of popular classical works, theme tunes and songs are a delight for audiences of all ages.

Read more about the Primrose’s imaginative and rewarding programmes for children.

The Primrose Piano Quartet were invited to appear on In Tune and play the opening of Arnold Bax’s Quartet in One Movement and slow movement of Brahm’s Werter Quartet as well as engaging in lively discussions about their work and programming.