Notice: Function WP_Scripts::localize was called incorrectly. The $l10n parameter must be an array. To pass arbitrary data to scripts, use the wp_add_inline_script() function instead. Please see Debugging in WordPress for more information. (This message was added in version 5.7.0.) in /home/customer/www/primrosepianoquartet.org.uk/public_html/wp/wp-includes/functions.php on line 5831 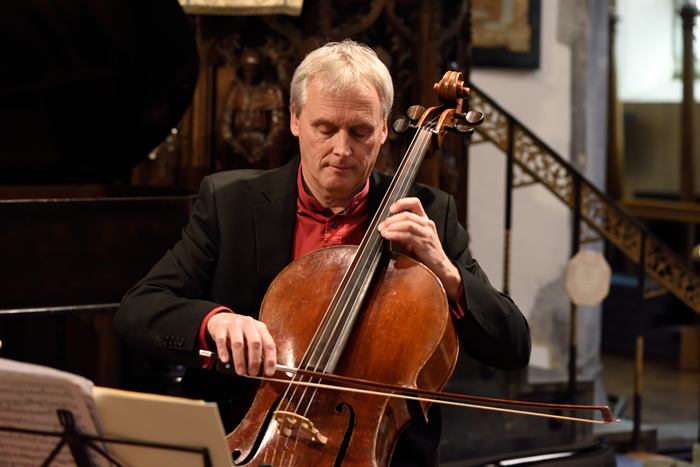 Andrew Fuller has a busy and varied career as a soloist, chamber musician, guest principal, session musician and teacher. His duo partnership with Pianist Michael Dussek has had great success with concerts and recordings, their CDs of Cello works on the Dutton Vocalion label receiving critical acclaim, several being selected as Editor’s Choice in Gramophone Magazine.

As chamber musician he is also a member of Primavera. He has made many appearances at The Wigmore Hall and at festivals and music clubs around the world. He was a member of the York Piano Trio, the Fibonacci Sequence and Aquarius. He has also been a regular guest player with other Groups including the Sorrel, Brindisi and Coull String Quartets, Endymion and the Schubert Ensemble.

He was a visiting teacher at the Birmingham Conservatoire from 1997 to 2003 and regularly coaches at the Royal Academy of Music, many UK youth orchestras and at chamber music festivals.